It's been a long time. Too long. I haven't blogged since I can remember (Blogger tells me it was late May), and haven't been meaningfully writing for longer than that. Why not?


A couple of reasons. A good one would be that I've been working. About a year ago now, I wrote about wanting to pursue journalism as a career. I had just returned from Harvard, and was planning to apply to Princeton in the fall. Now, having been accepted to Princeton and hoping to study journalism and history, I am interning at my local paper, the Cullman Times. I've had the opportunity to do a lot of writing here, and that's a big reason why blogging has dropped off.

Side note: I've come to realize that blogging is almost more of a job than a hobby. The time it takes to make it really good is time I've never been able or willing enough to give. (Lessons learned for my future projects.)

Among other reasons why I haven't been working? Listia and laziness, most likely. That doesn't mean I haven't been keeping up with cards, though. I popped my a thrift store the other day and spent about 20 minutes going through loose commons. I ended up purchasing a bunch of old Huntsville Stars promotional minor league cards, some picturing Jose Canseco lurking in front of an old Burger King logo.

I've also been following the season. I wrote an article about Craig Kimbrel's alma mater days before going to Turner Field for my first-ever game, in which Kimbrel pitched a scoreless inning as the Braves beat the Philadelphia Failies 6-4.

So I guess the question remains, what's next for the blog? 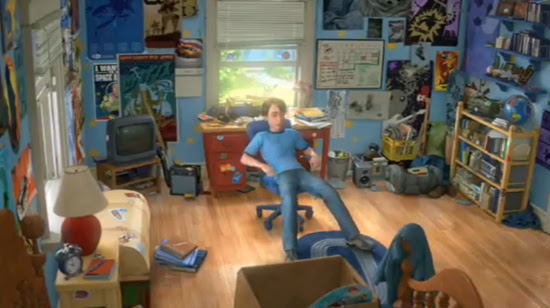 Like Andy from Toy Story, I'm now headed off to college, career, etc. I'm supposed to shut down the blog, box up the cards, forget about it and them, and enjoy the rest of life. And I probably will.

And unlike all the kids who had to pack up their cards before me, I will remember the many, many others who came back to the hobby and are part of the card blogosphere. I can email many of them and mail them cards when I want. I've struck up friendships, met up with some writers, and had a pretty darn good time.

So don't consider this the wrap-up post. Consider it the transition post. Once I get a new project started - and ensure I budget time properly to do it well - I'll be sure to post it up here.

**Edit**: If you are still interested in swapping cards with me, I'll be able to trade until about August 15th. If you have traded with me before, my address will be the exact same. Thanks!

Good luck out there! I hope you make the most of your opportunities and maybe get paid to do this typing words on a screen thing one day.

The blogosphere isn't going anywhere. We'll be around when you find you have the time.

Best of luck. Hope you stick around!

Good luck James. I have a couple cards for you that have been sitting here. I'll put them in the mail soon. Enjoy college, you'll have a great time, I'm sure. Keep in touch.

Best of luck and congratulations on your acceptance to Princeton!