Cards from Wes and CONTEST!

I think it's about time for a trade post. Contest too? Sure. Big 44 Sports Cards is throwing up a couple of jersey swatches: a Justin Upton relic and a Troy Tulowitzki card. There are lots of Tulo fans out there, right? Check it out: http://big44cards.blogspot.ca/2014/02/contest-tulo-and-j-upton-jerseys-up-for.html

Also, I'm currently vicariously living through the blog pack breaks of 2014 Topps. Anyone who has some extra Braves to throw my way, hook me up, as I really need to take a good crack at my 11-year-old 2003 Topps set wantlist before I get collecting this new-fangled stuff.

Wes of the great blog Fantastic Catch has probably sent me more card packages than any other blogger in my short time writing in this space. He did a great job recently with hooking me up with some new PC and Braves cards. Check these out: 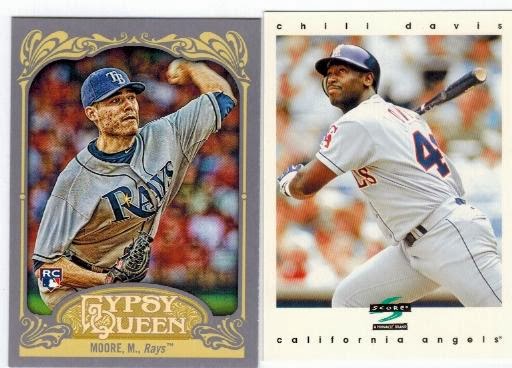 First, some PC additions. Matt Moore is slated to be the number 3 in the Rays' pitching rotation, a strong option now that Jeremy Hellickson is out for the first few weeks. Chili Davis will enter his 4th season as the Oakland A's hitting coach this spring training; it seems he's doing mighty fine, as the A's ranked third in the AL in hitting last season.

Some nice Bowman additions, including a gold Kris Medlen. 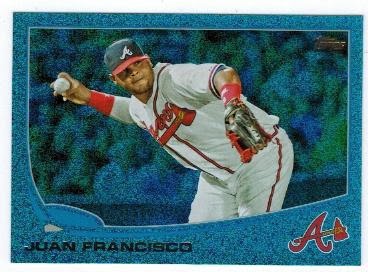 Here's Juan Francisco, now in Milwaukee, on a card from that Silver Slate Blue Sparkle Wrapper Redemption thing Topps did last year. Does anyone know of similar 2014 Topps plans? 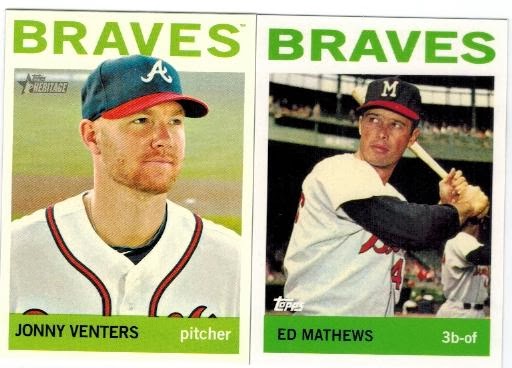 Some 1963 Topps copycats, one from the Cards your mom threw out, and one from last year's Heritage rendition. By now I think probably everyone knows 2014 Heritage will have autos from Keith Olbermann included in the set...do we like this?

Some nice Walmart Blues from last year's Topps Series One. These look fantastic, and actually scanned pretty well. (What is this madness?) 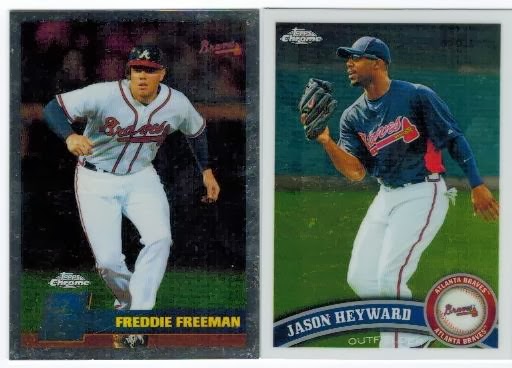 Some nice 2011 Topps Chromes. These guys just got some nice new contracts, as the Braves outdid their mega-contract with B. J. Upton last season by signing Freeman an 8-year, $135 Million dollar deal, then signed Heyward for 13.3 Mil over two years. 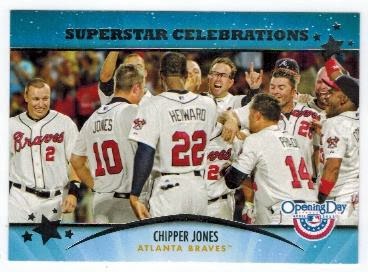 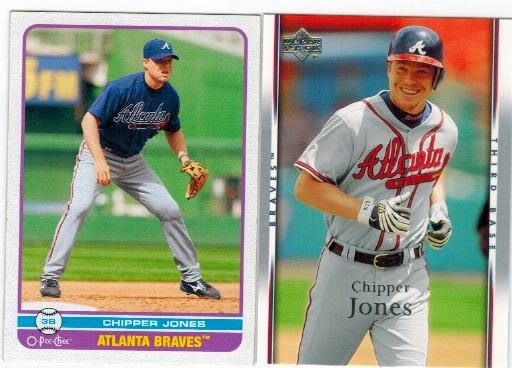 Lastly, some nice Chippas, PC adds all. I love seeing some recent inserts, like that Superstar Celebrations card. 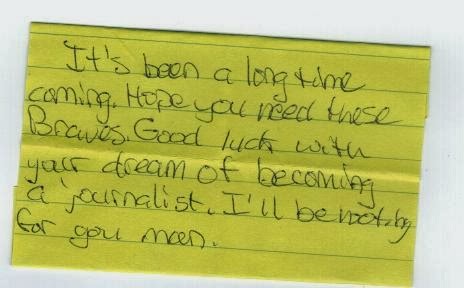 Wes included a great note with the package. To him, I say thanks so much for the cards and support! Till next post...
Posted by Chunter at 1:38 PM No comments: