It's been a while! In a nod to the Yankees-Sox match tonight, I'm posting some more trade bait for the two respective teams, in addition to what I have already on my Trade Bait Page. Give it a look, and if you like what you see, drop me a line! My email is in my Blogger Profile. 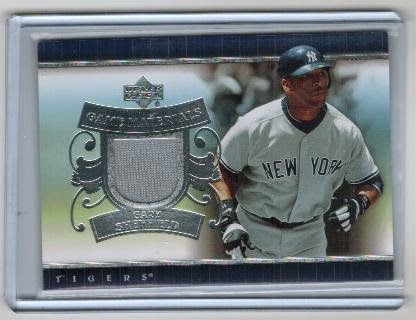 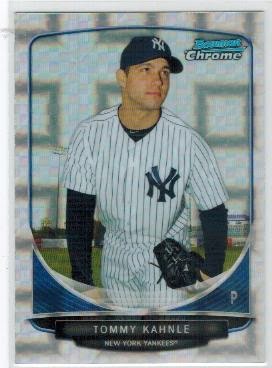 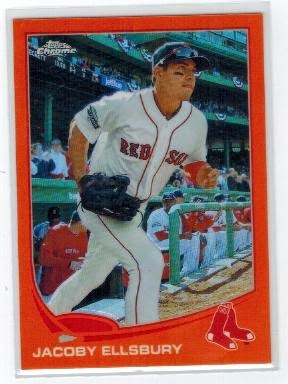 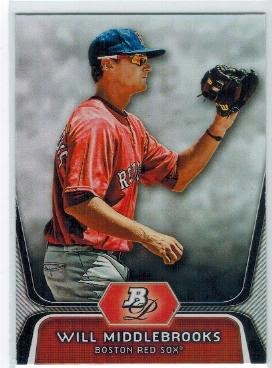 Things Are Heating Up...

...with my pursuit of the 2003 Topps set! Thanks to Bert of blog Swing And A Pop-Up and Johnny of the eponymous Johnny's Trading Spot, I've gotten a bunch of cards closer to finishing the decade-old set. I've since freshened up my wantlist to reflect that. For real, this set is so old most of the players are retired, and the Oakland A's sported the above logo on their caps! 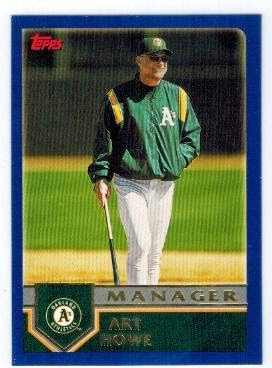 Art Howe, of Moneyball fame, was one such Athletic. If you zoom in very closely, you might make out the blazing elephant logo. Perhaps the only major league manager to be played by the late Philip Seymour Hoffman in a movie, Howe did not manage the A's in '03, leaving instead to skipper the Mets for two years and work as a bench coach for the Phillies and Rangers until 2008. 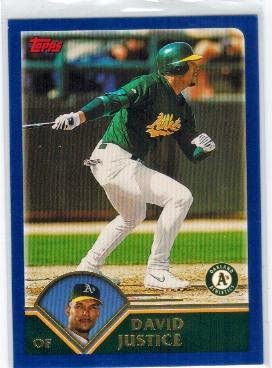 Justice was also on the Moneyball team recounted in Michael Lewis' book. Incidentally, the guy who played him in the movie was in the Braves' system along with Justice back in the '90s. 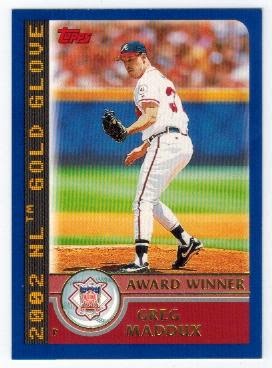 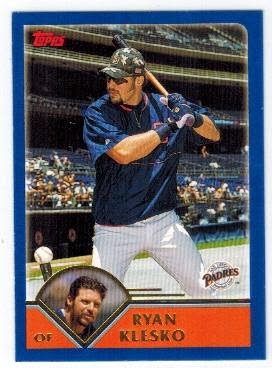 Another example of fun headgear! The Padres have worn some sort of camo uniforms since 2000. The full 2003 camo uniform looks like this. 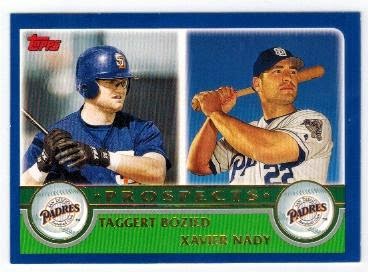 I would love to meet a self-described Taggert Bozied supercollector one day. A Xavier Nady SC would be fun to meet too. 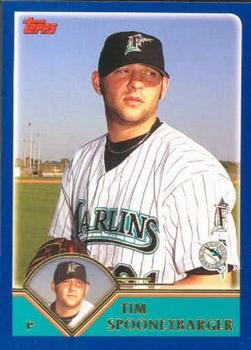 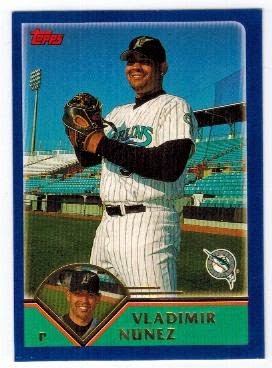 I'll be as happy as Vladdy when I finally finish off this set!

Thanks again to John and Bert! If you want to help me out with this set, check out my wantlist  (and perhaps my for-trade list) and shoot me an email about a trade!
Posted by Chunter at 8:33 PM 3 comments: