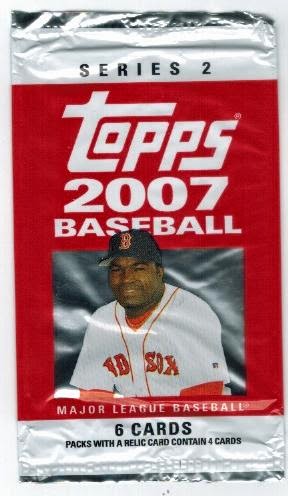 It was on a recent trip to Kmart - yes, that store of bad press and worse stock share values - that I picked up a discounted blaster of 2007 Topps Series 2. Why this blaster in particular? Two words: relic fishing. This blaster's odds were decently promising. I must say, I was both impressed and depressed by what I found. 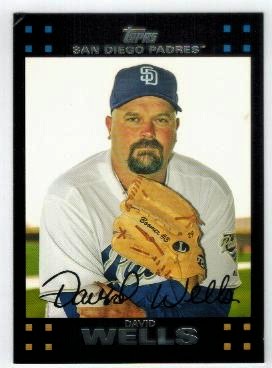 2007 would be Dave Wells' last season in the big leagues. The lefthander would go on to play against the Padres as a Dodger in his last few games. 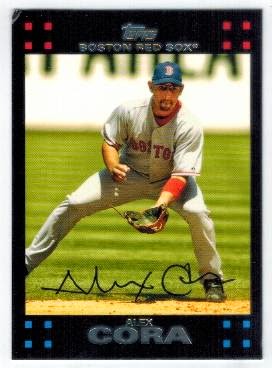 Al Cora is also out of the majors. Cora signed with 5 different teams in his last three years after leaving the Sox. Note the upper left corner of this card: 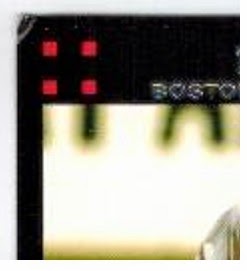 before taking a look at the next one... 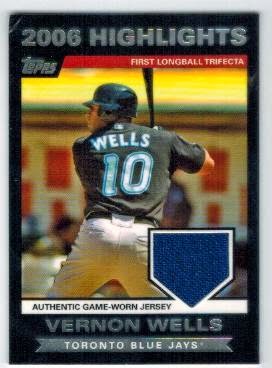 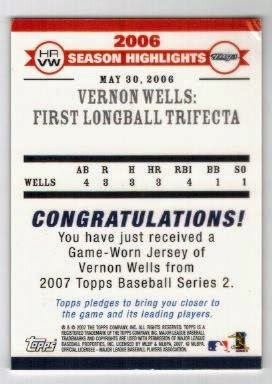 Oh dear. Though it is a relic, I wasn't exactly holding my breath for a dinged swatch card of Vernon Wells. Maybe I should sell this card off to the Angels or the Yankees... 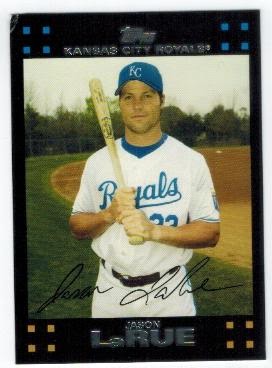 This one ends with a whimper. Note that all four cards had dinged corners, and depicted guys who are out of baseball in 2014. 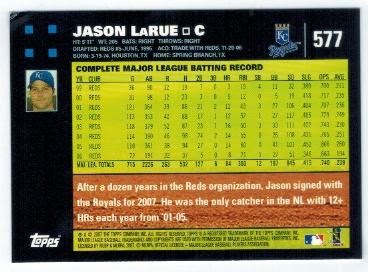 Card back? Why not?

This post is being cross-posted at A Pack to be Named Later
Posted by Chunter at 3:22 PM 2 comments: